Remembering the Heroes of Black Baseball

February is designated as Black History Month, a time to highlight the contribution of African Americans to the heritage of our nation and our state. February also marks the symbolic beginning of baseball season. With most of the nation still locked in the cold days of winter, major league baseball players will report to Arizona or Florida to begin spring training. It is a time for hope, and for baseball fans, it marks the promise that spring and America’s Pastime are right around the corner.

Spring training 2022 is particularly significant in another way. This year’s pre-season marks 75 years since Jackie Roosevelt Robinson reported to the Brooklyn Dodgers and assumed his place in baseball history. Robinson’s arrival would open the door for men of color to play at baseball’s highest level, but unfortunately, it came too late for hundreds of great players who never had the opportunity to prove themselves in major league baseball.

Before Robinson’s courageous debut, African Americans, Latinos, and other subjectively-segregated baseball players played in alternative leagues in the background of American sports. The most renowned of these leagues, called the Negro National League, was formed by Black baseball leaders on February 13, 1920, and would be the major league of African American baseball for almost 40 years.

Over the decade after Robinson’s breakthrough, Black players like Willie Mays and Hank Aaron rose to baseball stardom and by the late 1950s, the Negro Leagues had faded into obscurity. Opportunities for men like Mays and Aaron to play at baseball’s highest level were long overdue, but the decline of the organized Negro Leagues also indirectly endangered the history of the years when hundreds of talented African American baseball players starred in a league of their own. If that history was to be successfully recorded and celebrated, dedicated historians were needed. Many of those who answered that call were Arkansans.

More: The Founding of the Negro National League

Former Negro League star Buck O’Neil once said, “Waste no tears for me. I didn’t come along too early…I was right on time.” Although his years as a player occurred before the major leagues were open to men of color, O’Neil was indeed in the right place at the exact right time to help create a lasting tribute to the Negro Leagues.

In a coincidence of epic good fortune, 1990 found O’Neil living in Kansas City, Missouri, where other like-minded individuals were similarly determined to keep the story of the Negro Leagues alive. Two of the men who joined O’Neil in the effort to preserve that history were Arkansas natives, Larry Lester and Alfred “Slick” Surratt. The two Arkansans were born 50 miles and a generation apart but shared a passion for the preservation of their shared heritage. Lester, Surratt, and others would join O’Neil to create the Negro League Baseball Museum the following year.

Slick Surratt was born in Yell County, Arkansas, in 1922 and, although only marginally successful as a player, Surratt became one of the Negro League’s most determined advocates and universally respected ambassadors. What Surratt may have lacked in baseball talent, he more than made up as a storyteller. “I was so fast that if the ball bounced once, the fielder might as well pick it up, I was already on first base.”

Surratt was a factory worker without formal education and business experience but he would prove a valuable player on the team that met that day in 1990 and came away with the idea for the Negro League Baseball Museum. He had a charm and passion for the cause that enabled him to make friends immediately, including a close relationship with baseball commissioner Fay Vincent.

More: Slick Surratt Only in Arkansas

Larry Lester was born in Charleston, Arkansas, in 1949. His family was among many Arkansans of all races who moved to Kansas City in the early 1950s, in search of better jobs. After graduation from high school, Lester earned a degree in finance and computer science from Columbia College and was a software designer for a local company in the area when the pioneers of the Negro League Baseball museum began their work in early 1990.

Like O’Neil, Larry Lester was in the right place at the right time. He brought business experience, research skills, and financial management expertise to the group. In the early days of the museum, he edited the museum’s newsletter, served as the institution’s treasurer, and developed the NLBM’s licensing program.

Slick Surratt died in 2010 after 20 years of service to the NLBM. Larry Lester remains active in the preservation of the legacy of the Negro Leagues. A prolific author, he is recognized as one of Negro League baseball’s most respected scholars. Lester is chairman of the Society for American Baseball Research Negro Leagues Committee.

Twenty years after the opening of the Negro League Museum, a group of baseball historians in Hot Springs, Arkansas, had a similar idea for promoting baseball history and their city. Led by civic leader Mike Dugan, the group met in May 2011 to create baseball-related historic sites in the city and promote Hot Springs as a baseball destination. Over the next 10 years, the work of the original group and others would result in an interactive baseball trail, an annual baseball weekend, and an acclaimed documentary called the First Boys of Spring.

Duren was the authority on major league spring training in Hot Springs. His book, Boiling Out at the Springs, had been published in 1906. Duren would remain a driving force in the work of the committee despite having moved from Hot Springs to Texas.

Blaeuer would assume the role of the unofficial advocate for the Black baseball teams that joined their white contemporaries for spring training each year. Blaeuer chronicled those years in his 2016 book, Baseball in Hot Springs, a pictorial essay of the years the Spa City teemed with baseball action each spring. Thanks in part to Blaeuer’s ongoing research, Black baseball in Hot Springs is an important element in the baseball-themed features of the city.

Mike Dugan passed away in February 2021, but his legacy can be seen throughout his beloved hometown. The Hot Springs Baseball Trail, Hot Springs Baseball Weekend, and new world-class facilities at Majestic Park are lasting tributes to the work of Hot Springs’ cherished baseball leader. An inaugural college baseball tournament named in Dugan’s honor will kick off the 2022 season.

Caleb Hardwick moved to Boston before the transformation of Hot Springs into a national baseball destination was complete, but his contribution to Arkansas baseball history is one of the most important tributes to the state’s baseball legacy. The Arkansas Baseball Encyclopedia Hardwick began as a teenager, remains the definitive resource for our baseball history. Among the thousands of entries covering players, teams, leagues, and ballparks are more than 100 short biographies of Black Arkansans who played baseball in African American leagues before 1960.

The reality that the Negro Leagues had to exist is a shameful episode in baseball’s past. And it’s a vivid reminder that we failed to be all we could be as a sport and a nation. Created from a disgraceful necessity, the Negro Leagues brought entertainment to their communities and a place for talented young men to play our national game.

In the words of Bob Kendrick, Director of the Negro League Museum, the Negro League, “…was built to combat and overcome hate, yet was so much about joy and a love for the game.” Thankfully, due to the work of many dedicated individuals, the history of those years is not lost. The work goes on. Mike Dugan and Slick Surratt would be very proud. 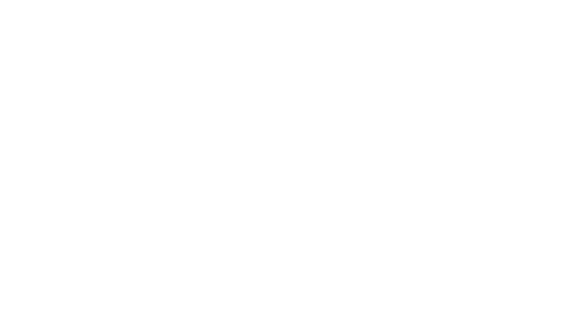