The 1934 World Series: The Deans and Schoolboy Rowe 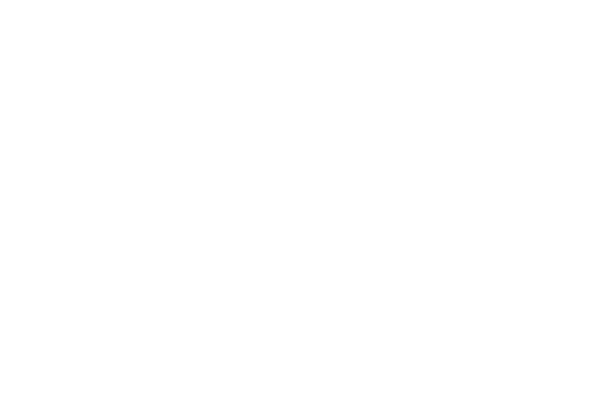 Baseball is designed to be a leisurely game, played outside on warm summer days, without a time clock. The season strolls along for 162 games beginning in the cool days of April and continuing until the leaves turn in autumn. The season ends with a “Fall Classic” known as the World Series. Sometimes neglected in an era when football has unquestionably become the most popular spectator sport, the enduring tradition of the World Series connects generations, and it remains the most culturally significant of America’s sports events.

In the days before travel ball, private lessons, and year-round training, Arkansas players had an inordinately prominent place in major league baseball. Professional baseball was played in the cities of the Eastern United States, but dominated by rural southerners. Many of these early stars were men from the backroads and farms of Arkansas. This unexpected prominence in the major leagues reached a remarkable peak in 1934.

After finishing fifth in 1933, the Detroit Tigers coasted to a seven-game margin over the Yankees to claim the American League pennant in 1934. The Tigers’ ace pitcher was a tall lanky youngster from El Dorado, Arkansas, named Lynwood Thomas Rowe. The 24-year-old Rowe posted 24 victories that included 16 straight wins in late summer. Given the nickname, “Schoolboy” in his youth when he dominated older men in local semi-pro games, Rowe’s unsophisticated ways and his public romance with his high school sweetheart, Edna Skinner, made him a folk hero in Detroit.

Over in the National League, the St. Louis Cardinals came from seven games behind on Labor Day to overtake the defending World Champion New York Giants by two games. Two Arkansas-born brothers, Paul Dee “Daffy” Dean and Jay Hanna “Dizzy” Dean, won 12 of the last 25 games.  Diz had predicted that “Me and Paul will win 45.” The pair combined for 49 wins. Dizzy recorded 30 and his rookie brother won 19. The rowdy, boisterous, 1934 version of the Cardinals would forever be known as the “Gas House Gang.”

The Deans and Rowe were not the only Arkansans who contributed to the golden season of Arkansans in major league baseball. In the voting for the 1934 Most Valuable Player Award, baseball’s highest honor, Dizzy Dean was chosen for the National League award. Waldo, Arkansas’ Travis Jackson finished fourth, Paul Dean was ninth, Montgomery County’s Lon Warneke, ranked thirteenth in the vote, and Madison County native Joseph Floyd “Arky” Vaughan was twenty-third. Over in the American League, Rowe finished fourth in the MVP vote. Bill Dickey of Kensett was named the American League All-Star catcher.

Schoolboy Rowe and the Dean Brothers

The Redbirds seemed determined to live up to the Gas House Gang image. Mostly rural southerners, with a brash city boy or two thrown in, the Cards sparred with opponents and occasionally with each other. They were loud, cocky, and confrontational. All acceptable traits when a team comes from seven down to win the pennant in the last week. When asked for a comment on the pitching outlook for the series, Dizzy Dean, the unofficial gang leader, confidently predicted, “Me and Paul will probably win all four.”

The Tigers were quietly confident. They had dominated an American League that included the Babe Ruth-led Yankees. The Tigers had an outstanding pitcher of their own in Schoolboy Rowe and they would have home-field advantage for the first two series games.

Diz boasted to anyone who would listen that Game One was a sure win for the Cardinals proclaiming, “It ain’t braggin’ if you can do it.” In a move questioned by Detroit sportswriters, Detroit manager, Mickey Cochrane, chose veteran General Crowder to oppose Dizzy, saving Schoolboy Rowe for Game Two.

Fulfilling his ostentatious prediction, Diz won Game One comfortably by an 8 – 3 margin. Perhaps intimidated by the brash Cardinals, the jittery Tigers committed 5 errors and gave up three unearned runs.

Schoolboy started Game Two with the same shaky symptoms the Tigers had exhibited in Game One. After three innings, the Cardinals had five hits and led 2 – 0. As he often did, Rowe paced around the mound, looked at the ball and quietly talked to Edna, “Come on Edna, here we go.” Miraculously, after the unsettling start, Rowe retired 27 of the next 28 batters and although it took 12 innings, the Tigers prevailed 3 – 2.

The series moved to St. Louis for Game Three and it was rookie Paul Dean’s turn to live up to Dizzy’s predictions. In typical Dean fashion, he did just that, scattering eight hits and not allowing a run until the ninth inning. The Cardinals’ 4 – 1 win gave St. Louis a 2 – 1 lead in the series.

Dizzy Dean hit in the head in game 4

In the bottom of the fourth inning with the Cardinals down one run, Dizzy Dean volunteered his services as a pinch-runner. The next batter grounded sharply to second base in what looked like a sure double play. The throw to second forced Dean, but Diz came into second without sliding. The throw from the shortstop hit Dean directly in the forehead. Out cold for several minutes, Diz was carried off the field by teammates. The Tigers went on to win 10 – 4. Dizzy Dean, the scheduled pitcher for the next day, was rushed to the hospital.

The headlines in the next day’s newspaper would add another signature anecdote to the Dean legend, “X-rays of Dean’s Head Show Nothing.”

Despite being knocked out the previous day, the elder Dean pitched well in game 5. Unfortunately for the Cardinals, the Tigers’ Tommy Bridges was better, and Detroit prevailed 3 – 1. The Tigers were one game away from claiming the series. The next day’s game would be in Detroit, and Schoolboy was ready.

Billed as a showdown between two Arkansas country boys, the game was the turning point of the 1934 Fall Classic. Rowe had thrown 132 pitches in Game Two four days earlier, and although he gave a courageous effort the Tigers edged the Cards 4 – 3. Paul Dean gave up only seven hits and drove in the decisive run.

The Tigers had battled the Cardinals heroically for six games but had little left for Game Seven. Dizzy Dean, on the other hand, pitching on two days’ rest, pitched his best game of the World Series, winning the deciding game 11- 0.

The game was highlighted by an unusual player ejection. The Detroit fans, obviously frustrated by a 7 -0 deficit, were made even more unhappy by Ducky Medwick’s hard slide into third base on a triple in the sixth inning. When Medwick took his place in right field in the bottom of the inning, the home crowd pelted the Cardinal villain with anything available. After watching Medwick elude bottles, food, and other projectiles, Commissioner, Kenesaw Mountain Landis, ejected Medwick for his own safety.

The St. Louis Cardinals were champions of Arkansas’ game, and in the not-so-good-old days of the early 30s, they were the most revered team in American sports. Our ancestors listened on their battery radios and relished every descriptive word they read about their Gas House Gang, in local newspapers. After devastating floods, blistering drought, and a Great Depression, the thrill of victory could not have come at a better time.

One response to “The 1934 World Series: The Deans and Schoolboy Rowe”